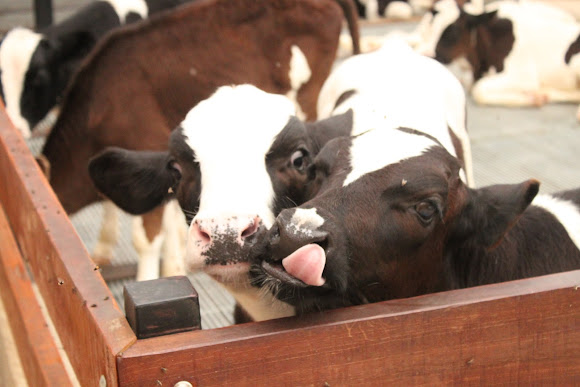 (From Wikipedia): Holstein cattle (also known as Holstein-Friesian cattle or Friesian cattle) is a breed of cattle known today as the world's highest production dairy animal. Originating in Europe, Holsteins were bred in what is now the Netherlands and more specifically in the two northern provinces of North Holland and Friesland. The animals were the regional cattle of the Batavians and Frisians, two tribes who settled in the coastal Rhine region around 2,000 years ago

(From Wikipedia):Holstein Friesians were found throughout the rich lowlands of France, Belgium, The Netherlands and the western provinces of Germany

They're all around here - I am from Schleswig-Holstein ;)