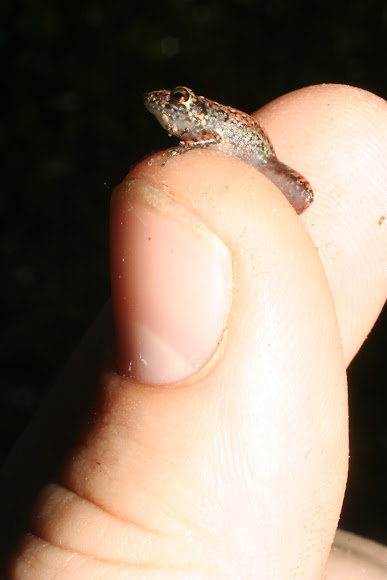 The greenhouse frog (Eleutherodactylus planirostris) is a tiny frog native to Cuba (and possibly several other Caribbean islands) that is now established as an exotic species in the southeastern United States, Hawaii, and Guam (Christy et al. 2007). Its common name derives from the fact that it often stows away on nursery plants or otherwise turns up in greenhouses.

I had no idea frogs could be that small. Cool pics, and thanks for the introduction to these little guys.

This is exstremely similar to a frog Ive been trying to identify. The frog in my profile pic, also found in my spottings. I live in Southwest Florida where we have a number of cuban animals introduced.