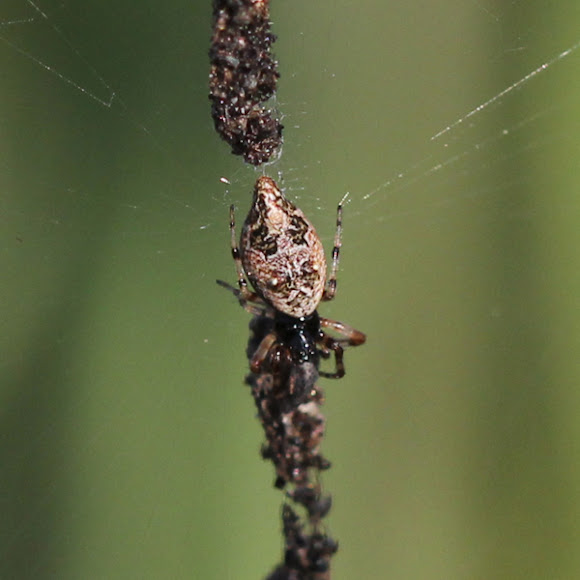 Small orb weaving spider. Coloration mottled browns, tans and black. The name of the spider describes the shape of the female's abdomen. "turbinate" is a noun meaning: (especially of a shell) shaped like a spinning top or inverted cone. Turbinata also differ from a related species "conica" in both being smaller in size and having anterior dorsal humps (may be indistinct). Pictures above show both male and female spiders. Females are larger, and they use trash lines.

Webs often built low to ground, around knee height. Can be found strung between plant stalks. Females of the species collect "trash" (bodies of victims, used silk, plant matter, and more) to create a camouflage line in the web. Then the female sits at the center to await prey.

Without knowing the habits of these spiders, people typically don't realize a web is even occupied by one! Also, the trash itself is well-disguised, so you may not clearly see all the webs in an area at first. These spiders are not dangerous.