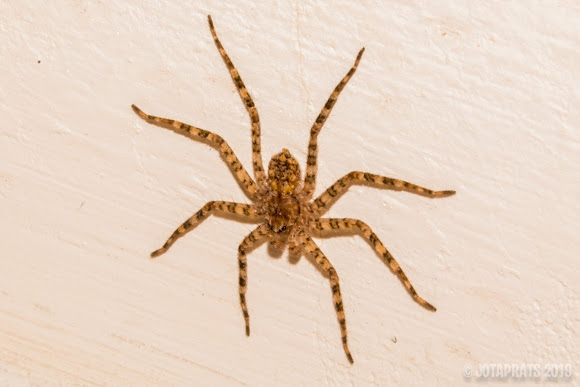 Spotted inside house, the area is known for the vineyards, Is the most diverse genus in Australia and can be commonly found on walls, under bark or rocks. under bark in vine scrubs and other habitats in the Bowen regional, also recorded in southern Cape York Peninsula. For a long time this was the only official Australian selenopid.

That's very interesting. This also has a good image gallery. I read on one of them that these spiders are known as "flatties". Live and learn. I'm sure the spider people know their spiders, so that's definitely the way to go. https://bie.ala.org.au/species/urn:lsid:...

Check this (Arachne.org.au), I compared both (Selenopidae and Lycosidae) and I feel quite confident now:
http://www.arachne.org.au/01_cms/details...

I guess it's possible if it occurs around Perth. Were they able to provide any more info? Perhaps it's something like this - https://www.flickr.com/photos/myrmician/...

Will try to find out, but after post the pic in the Asian Society of Arachnology I have been advised that this is Selenopidae, not Lycosidae.

Well done, Jordi. Good article on a relatively new species. I read what I could, but seriously, some of the language they use is beyond me.

I found this document about Tapetosa darwinii on Researchgate:
https://www.researchgate.net/publication...

Thanks so much Neil for the ID

Awesome spotting, Jordi. I've made an ID suggestion for you, but there doesn't seem to be much online regarding this species other than sites like Flickr, etc. Anyway, a step in the right direction. That aside, this spotting is definitely a wolf spider.