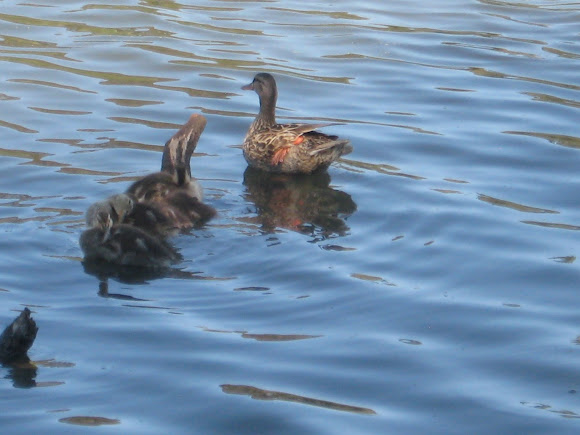 The mallard is widely distributed across the Northern and Southern Hemisphere, North America from southern and central Alaska to Mexico, the Hawaiian Islands, and across Eurasia, from Iceland and southern Greenland and parts of Morocco (North Africa) in the west, Scandinavia to the north, and to Siberia, Japan, and China in the east, Australia and New Zealand in the Southern hemisphere. It is strongly migratory in the northern parts of its breeding range, and winters farther south. For example, in North America, it winters south to Mexico, but also regularly strays into Central America and the Caribbean between September and May. The mallard inhabits a wide range of habitat and climates, from Arctic Tundra to subtropical regions. It is found in both fresh- and salt-water wetlands, including parks, small ponds, rivers, lakes and estuaries, as well as shallow inlets and open sea within sight of the coastline. Water depths of less than 1 metre (3.3 ft) are preferred, birds avoiding areas more than a few metres deep. They are attracted to bodies of water with aquatic vegetation.

There are several parks surrounding where I live, one of which is Antonelli's Pond. A century old, man-made pond on the west side of the city of Santa Cruz, California that now has ecological and cultural significance. Quite often there will be several different types of waterfowl inhabiting the pond. There where two separate family unit's of mallard that I could see, this was one of the unit's I was able to take several pictures of.

@StirredMocha Thank you for the species ID :)