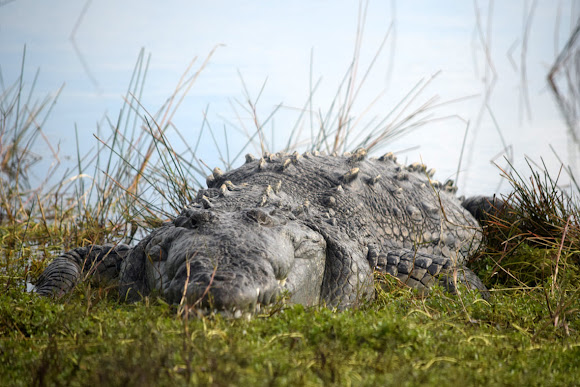 The most widespread of the four extant species of crocodiles from the Americas. It inhabits waters such as mangrove swamps, river mouths, fresh waters, and salt lakes, and can even be found at sea, hence its wide distribution throughout southern Florida, the Greater Antilles (excluding Puerto Rico), Southern Mexico (including the Yucatán Peninsula), Central America, and the South American countries of Colombia and Ecuador. The American crocodile is especially plentiful in Costa Rica.

A large crocodile (first one I see in the everglades, where alligators are much more often spotted) although, I know there is a population particularly close to the sea in this southern part and it is my understanding that their numbers are rebounding.