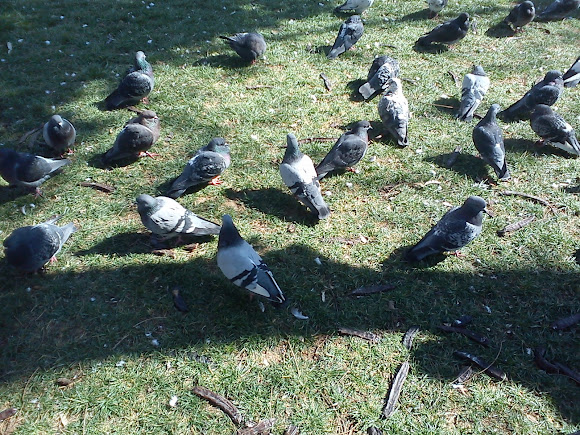 he large bird genus Columba comprises a group of medium to large stout-bodied pigeons, often referred to as the typical pigeons. The terms "dove" and "pigeon" are used indiscriminately for smaller and larger Columbidae, respectively. Columba species – at least those of Columba sensu stricto – are generally termed "pigeons", and in many cases wood-pigeons. The species commonly referred to just as "the pigeon" is the Feral Pigeon (C. livia domestica). It is derived from the Rock Pigeon (C. livia), which also has given rise to the majority of domesticated pigeon breeds, such as the racing pigeon. Meanwhile, "wood pigeon" by itself usually means the Common Wood-pigeon (C. palumbus).