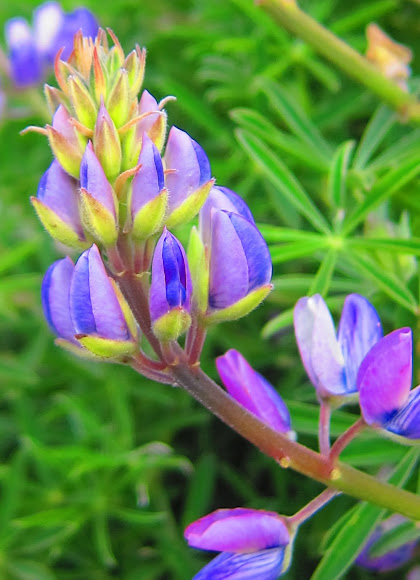 Lupinus arboreus is a species of lupine native to the western United States in California, where it is widely distributed among coastal scrub and sand dunes. Both yellow and lilac to purple flowering forms are known; however, the yellow form is more common, except in the north of the species' range. Because it has been widely introduced, there is some uncertainty about its native range; it is thought to be native from Point Reyes National Seashore south to San Luis Obispo County. Wikipedia

Thank you Alice--they are one of my favorite wild flowers.