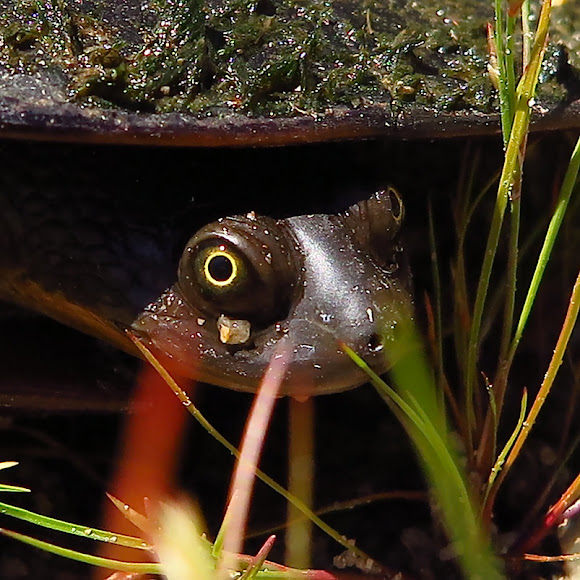 My first encounter with this species. Also known as the Eastern Snake-necked Turtle, this is one of only a small handful of freshwater species found in SEQ, and is a member of the family Chelidae (side-necked turtles), and subfamily Chelodininae. Although there are colour variations within the species, my ID was based not only on the scutes (plates) of the carapace and plastron, but also the number of claws on the forelimbs. Chelodina longicollis has four claws, whereas other species (such as Chelodina expansa) have five.

Rural area with many dams. Found in a ditch alongside a dirt road. Heavy rains the night before left small pools of water. These turtles frequently move between dams.

Until now I had only ever seen these turtles from a distance, but I was lucky enough to see two specimens this particular day. One was crossing a road, so I stopped to give it hand. My efforts were rewarded by it pooing and peeing on me. Thanks heaps!