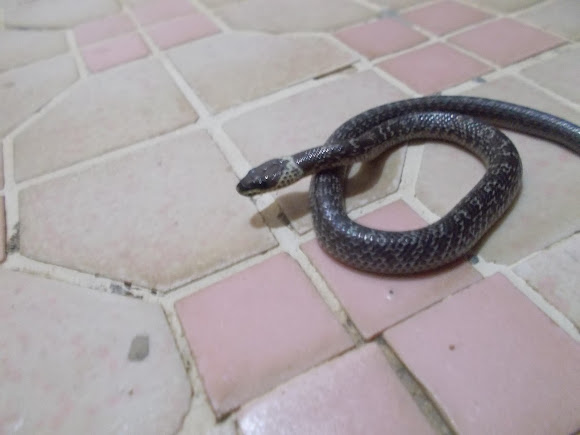 As I was going to the bathroom, I saw this creature, at first I thought it was just a worm, so I didn't mind at all because I know its harmless since it's not moving. When I went out, having done with my business in the bathroom, I looked at it again (just to be sure). Then I realized its not a worm or something, its a snake. I don't know what I thought at that time but I quickly took my camera then took a couple of pictures before letting it go outside of our house (I used a rag and a dustpan). The snake was cooperative in posing for the camera though. *I didn't hurt the snake at all. He's just lost so I helped him.