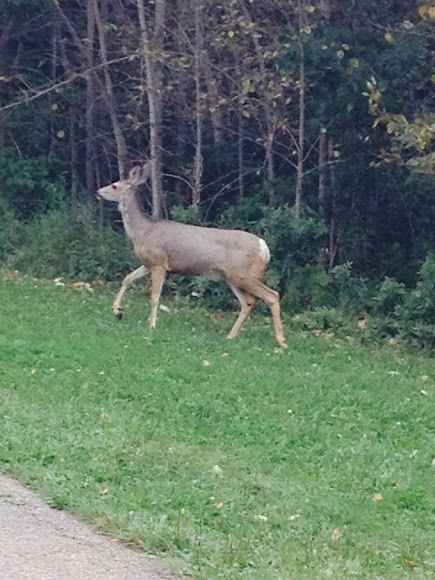 This is a white-tailed deer also known as a doe because it is a female, the males are called bucks or stags. these doe's adjust in the winter to be able to survive the cold, these animals also have different appearances in different places some look darker then other and others have dot all over them. but today their population has reduced and are classified near-threatened .most are not able to reproduce after six months they mature, females also give girl to 1-3 spotted fawns, usually between may and june.

areas that include a mixture of hardwoods, croplands, brushlands and pasturelands are the most suitable environment, they require a variety of foods for growth and reproduction.