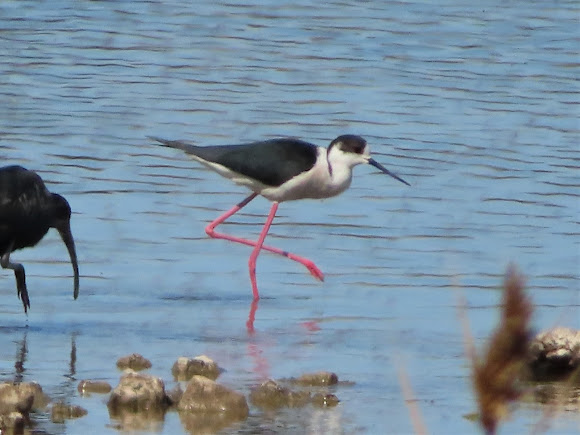 The Common Stork has very long legs, which give it a really bizarre appearance, reminiscent of a miniature stork. One would think that it is in an unstable balance, but in fact its movements are of rare elegance and its fine beak and the brilliance of its plumage add grace. The dorsal regions are dark, iridescent black in adult males and brownish in females; the neck and crown sport a variable amount of black, depending on the individual, while the rest of the body of these stylized birds is completely white. The young have mottled brown upperparts and white underparts. In flight, the stilt is also unmistakable, since its way of stretching its legs and neck gives it a strangely elongated appearance.

Marjal de los Moros Natural Park, next to the Mediterranean Sea. Host of marshes and shallow freshwater ponds, the number of breeding pairs varying greatly according to environmental conditions. In dry years, birds can move to more northern areas, leaving their usual places, where they may have already started breeding.