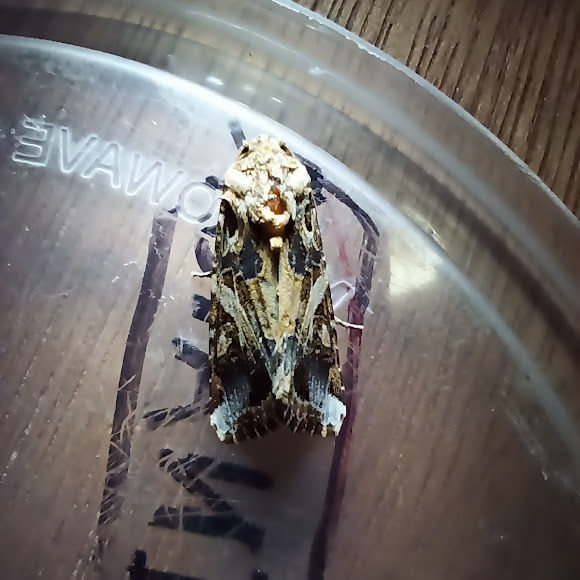 The hindwing is mostly white, and the forewing consists of browns, and whites and is highly patterned. Judging through Wikipedia photos, this specimen is most likely male.

I found this inside the house, drawn in by the lights. I will occasionally spot them inside. It is most common in South Asia.

I learnt through Wikipedia that these guys are actually pests. I used a tupperware to capture the moth and then take a few photos. While I was trying to identify its species, I initially thought it was Spodoptera ornithogalli but realized that its distribution range is mostly in the Americas, then I was able to identify its Asian counterpart which is this species.