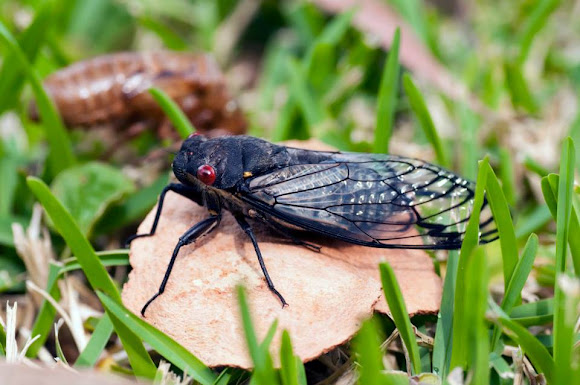 Black Cicada, colloquially referred to as the "Black Prince". It is very dark, predominantly black, with some brown markings; the abdomen black above and brown below. The eyes are red/ brown.

The black prince is found from around Maryborough, Queensland through eastern New South Wales to Bega on the state's south coast. This particular one was spotted on the NSW South coast, near Nowra.

As it had just emerged from it's pupal form (you can see the shell in the background) it was still on the ground. However the surrounding area is largely populated with various Eucalyptus trees (which at this stage have abundant numbers of Cicadas on board).