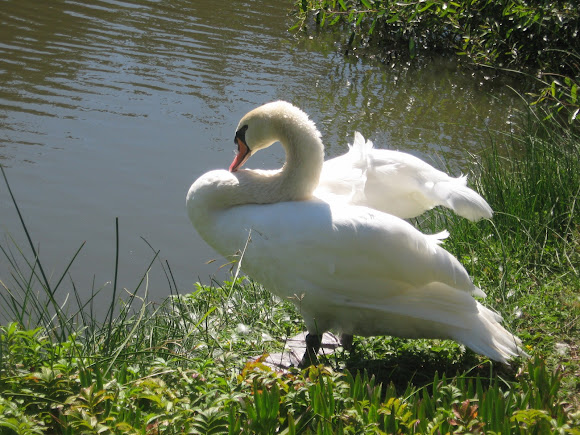 The mute swan is found naturally mainly in temperate areas of Europe across western Asia, as far east as the Russian Maritimes, near Sidemi It is partially migratory throughout northern latitudes in Europe and Asia, as far south as north Africa and the Mediterranean. It is known and recorded to have nested in Iceland and is a vagrant to that area, as well as to Bermuda, according to the U.N. Environmental Programme chart of international status chart of bird species, which places it in 70 countries, breeding in 49 countries, and vagrant in 16 countries. While most of the current population in Japan is introduced, mute swans are depicted on scrolls more than a thousand years old, and wild birds from the mainland Asian population still occur rarely in winter. Natural migrants to Japan usually occur along with whooper and sometimes Bewick's swans The mute swan is protected in most of its range, but this has not prevented illegal hunting and poaching. It is often kept in captivity outside its natural range, as a decoration for parks and ponds, and escapes have happened. The descendants of such birds have become naturalised in the eastern United States and Great Lakes, much as the Canada goose has done in Europe.

Not to far from where I live is a pond where we have our local swan Felix who I snapped a picture of on a walk.

@DanielePralong Thank you for the species ID :)