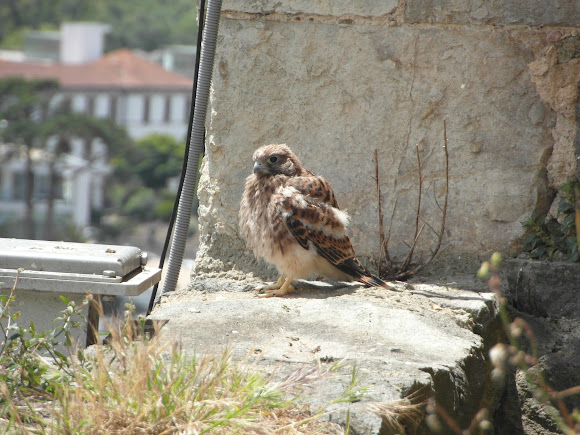 The common kestrel (Falco tinnunculus) is a bird of prey species belonging to the kestrel group of the falcon family Falconidae. It is also known as the European kestrel, Eurasian kestrel, or Old World kestrel. In Britain, where no other kestrel species occurs, it is generally just called "the kestrel"

Juvenile common kestrel in the walls of the castle of Leiria