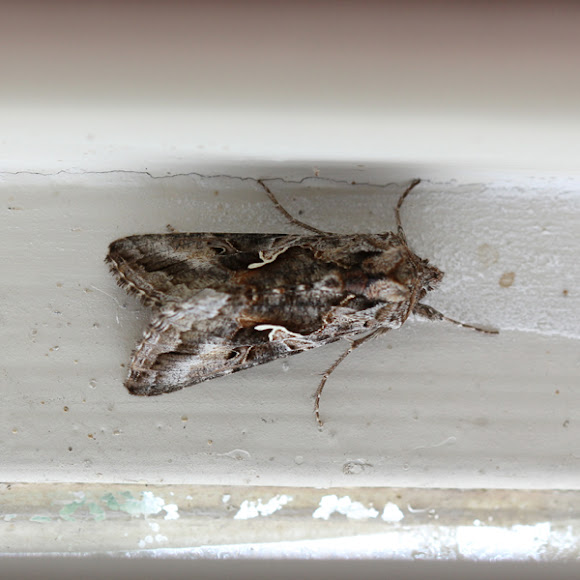 Medium sized moth with grey-black mottled wings. Identifying characteristics include silvery-white stigma and a black dash that rises from the subterminal line. Both male and female appear similar.

Foothills and grasslands. Also common in boreal forests. Most common in the Western U.S., but may be found across the U.S. into South Dakota, and into both Mexico and Canada.

Considered a pest insect of forage and vegetable crops. "Eichelin and Cunningham (1978) list over 50 genera in over 25 families of herbaceous plants and woody shrubs used as hosts by larvae of californica." (Source EOL)