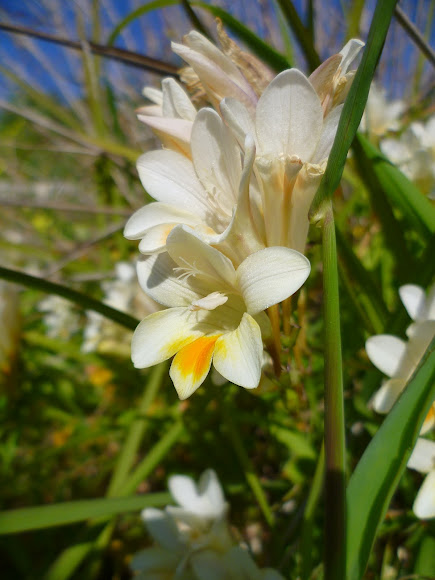 Freesia alba is a perennial herb growing from a corm and producing an erect, often branched stem up to 40 centimeters tall with several leaves up to about 15 centimeters long. The inflorescence is a spike of several fragrant flowers with usually white tepals marked with yellow and purple

native to South Africa, but this species and hybrids are known on other continents where they have been introduced

it's probably an hybrid from F. alba and Freesia leichtlinii, that can be found growing naturalized in the wild in many areas,

me too!! specially this one!

Love the fragrance of these flowers!