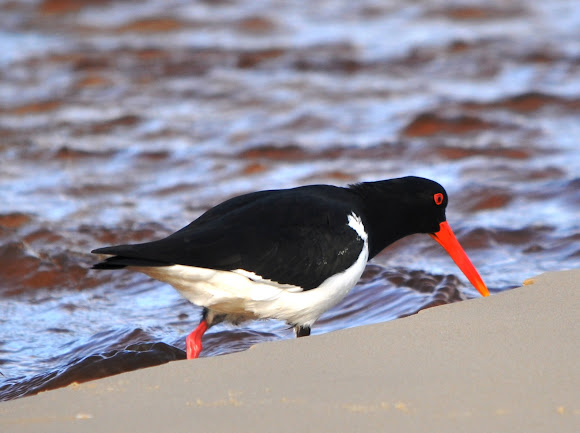 Black back, head, chest, tail and wings, white under belly and in front of shoulders, red legs, red beak and eye ring. Feeds in the intertidal zones on small marine animals and molluscs and characteristically stands on one leg often, more common further south in the continent.

Found around the Australian coastline on beaches and near estuaries, also similar species found in other parts of the world.