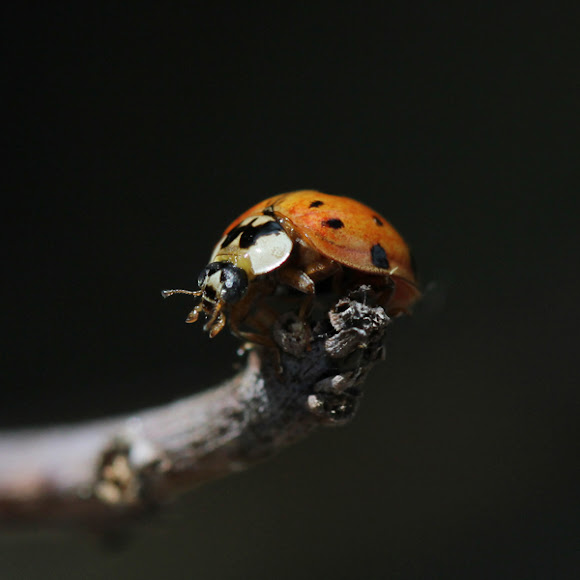 Introduced to North America, this beetle is native to Asia. Prefers grasslands and flowering trees. Overwinters in homes and other secluded areas, sometimes in large groups numbering in the hundreds.

Because of their tendency to overwinter in large groups, this type of ladybird beetle is considered a housing pest. They may also cause damage to some crops by feeding on native pollinators. Originally intentionally introduced to aid in the control of aphids and scale insects, the beetles have grown too large in population, so threaten unintended prey.

:) They're all shots of the same insect. Just wanted to post a few different views. We do get them quite a bit in this area, but they haven't overrun native species.

Sorry to see you've got so many of these.