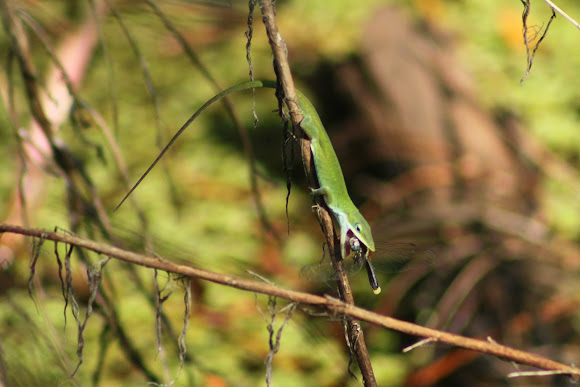 The Carolina anole (Anolis carolinensis) is an arboreal lizard found primarily in the southeastern United States and some Caribbean islands. Other common names include the green anole, American anole and red-throated anole. It is also sometimes referred to as the American chameleon due to its ability to change color from several brown hues to bright green (though it is not a chameleon). http://en.wikipedia.org/wiki/Carolina_an...

Stalked and caught a dragonfly