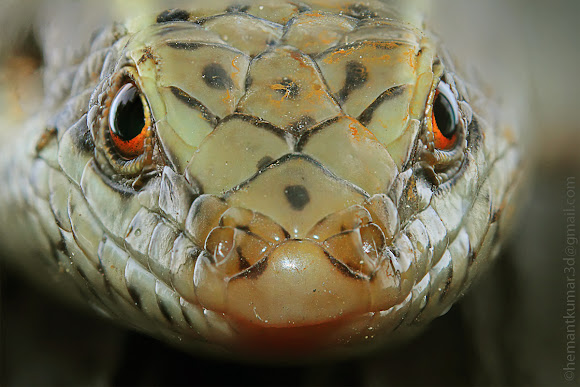 Skinks look roughly like true lizards, but most species have no pronounced neck and their legs are relatively small; several genera (e.g., Typhlosaurus) have no limbs at all. Some other genera, such as Neoseps, have reduced limbs, lacking fore legs, and with fewer than five toes (digits) on each foot. In such species, their locomotion resembles that of snakes more than that of lizards with well-developed limbs. As a general rule, the longer the digits, the more arboreal the species is likely to be. A biological ratio can determine the ecological niche of a given skink species. The Scincidae ecological niche index is a ratio based on anterior foot length at the junction of the ulna/radius-carpal bones to the longest digit divided by the snout-to-vent length. Most species of skinks have long, tapering tails they can shed if predators grab them. Such species generally can regenerate the lost part of a tail, though imperfectly. Species with stumpy tails have no special regenerative abilities. Some species of skinks are quite small; Scincella lateralis typically ranges from 7.5 to 14.5 cm (3.0 to 5.7 in), more than half of which is tail. Most skinks, though, are medium-sized, with snout-to-vent lengths of about 12 cm (4.7 in), although some grow larger; the Solomon Islands skink, (Corucia zebrata), is the largest known extant species and may attain a snout-to-vent length of some 35 cm (14 in).

Amazing Skink! How did you get so close!

Nice shot! It would however be nice to see the whole skink as well.

What a great macro shot!