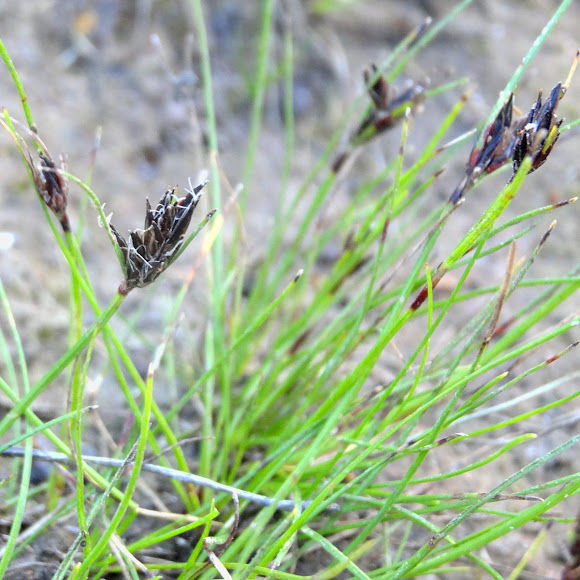 These small grassy plants were populating a shallow depression in an ephemeral wetland. About 200mm tall maximum they had shiny black flower heads and occasional black sections on the leaves or stems as well producing a striking and attractive effect. Soil was judged as very poor, coarse sandy. Zero shade.

In a newly developed nature reserve next to an ocean/bay beach.

Thanks Vinny.
A tufted perennial about 5-25 cm high. Flowers from Winter to January.
The other part of the mystery is the short black sections randomly appearing on the stems. It seems they are caused by a smut fungus, Shivasia solida. http://collections.daff.qld.gov.au/web/k...
http://bie.ala.org.au/species/urn:lsid:b...

Mark, that should be the name for a kid's animated TV series. Bogrush with smut fungus? That's hilarious :D

Great call Vinny. I also stumbled upon the rest of the story - a smut fungus. Thanks again.