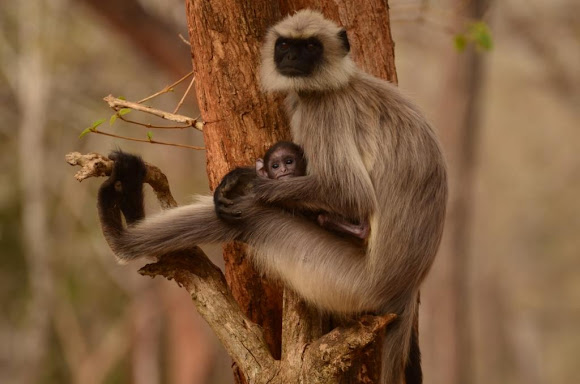 The southern plains gray langur (Semnopithecus dussumieri) is a species of primate in the Cercopithecidae family. It is found in south west and west central India. Commonly known as Hanuman langur, this is the most widely found species of langur in India.

Typical habitat includes rural and forested areas. However, they can be seen in several cities as well. They usually reside and forage in group.

Akshay... Are you sure This is dussumieri specie...?
I feel its...As it looks darker in in its fur coat....
http://en.wikipedia.org/wiki/Black-foote...