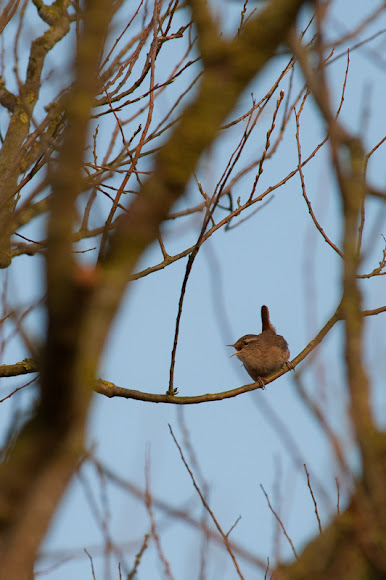 The eurasian wren is probably the smallest bird in the Netherlands. If you however only hear it you wouldn't think it's so tiny. I've added it to the NWF mission for it's EXTRA-ordinary singing.