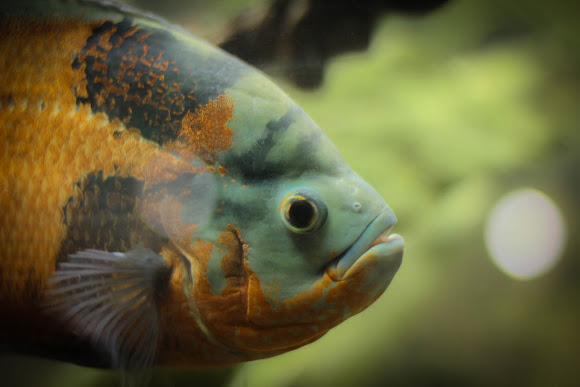 From the National Aquarium in Washington D.C.

Thank you again for all of your suggestions! It's a big help!

Your welcome Shea nice collection!
I´m pretty sure is an Oscar.

I added a link so you can see for yourself!

Hey Gerardo!
I'm not sure whether it is in fresh water or not... I spotted this guy in an aquarium, and I honestly wasn't paying that much attention...
Thanks for the ID, I'm pretty sure you are right!

Hello Shea!
Is this fish in fresh water??