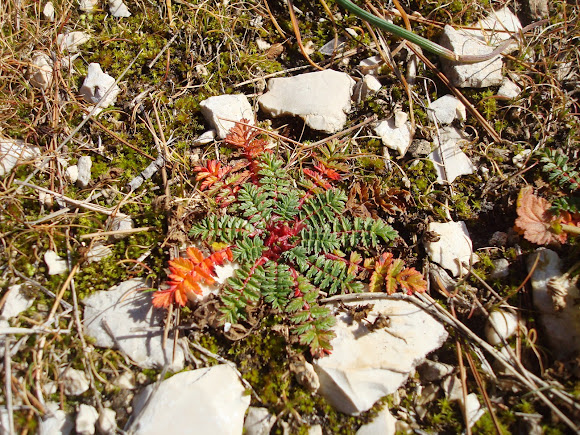 It is an herbaceous annual, and in warm climates a biennial member of the Geranium Family of flowering plants. It flowers from May until August. It is a hairy, sticky annual. The stems bear bright pink flowers, arranged in loose cluster, and often have dark spots on the bases. The leaves are pinnate and fern-like, and the long seed-pod, shaped very much like the bill of a stork, bursts open in a spiral when ripe, sending the seeds (which have little feathery parachutes attached) into the air.

It is native to the Mediterranean Basin and was introduced to North America in the eighteenth century, where it has since become invasive, particularly of the deserts and arid grasslands of the southwestern United States

Other names: Common Stork's-bill, Pinweed. The entire plant is edible with a flavor similar to sharp parsley if picked young.

Yeah, I would think that wild carrot is definitely daucus carota! True, totally understand that part, I have a similar problem, 1st of all, every and each island has its name for a certain plant then I live in the bilingual area so half names are Italia, half are Croatian or their are just in the dialect, and btw. 15 000 inhabitants speak unbelievably even 3 different dialects :D

You know, my problem with all these plant species, is that they're having many different common names, so even if I know one name, it might not be sufficient to be used as a tool to discover the scientific name. Just like the erodium malacoides, wich here in Greece, is known as "wild carrot"...But wild carrot, is the daucus carota plant, another species, not belonging to the erodium genus...Very big mess!

Thank you, it really looks like you are write, I'll correct it! Thank you for this ID, I'm so ashamed that I don't know the names of all this common plants while I know some totally weird and unusual :) Tnx for the additional info about the use!

It's a common herb in thw Mediterranean, and is used as food sourse. In Greece we use it in herb pies:
http://en.wikipedia.org/wiki/Erodium_cic...