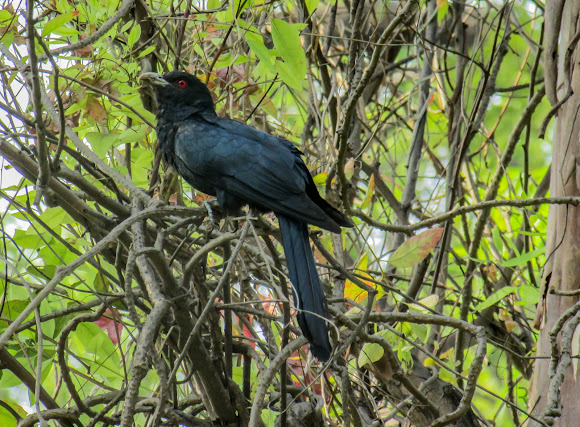 The Asian koel is a brood parasite that lays its eggs in the nests of crows and other hosts, who raise its young. They are unusual among the cuckoos in being largely frugivorous as adults.

The Asian koel is a bird of light woodland and cultivation. It is a mainly resident breeder in tropical southern Asia from India, Bangladesh and Sri Lanka to southern China and the Greater Sundas. They have great potential in colonizing new areas, and were among the pioneer birds to colonize the volcanic island of Krakatau. They first arrived in Singapore in the 1980s and became very common birds.

These are awesome birds. Excellent spotting and notes, Roy.