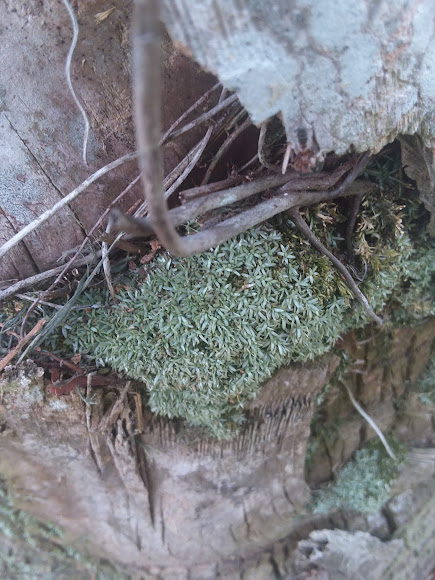 One of the more common mosses in the US, this is silvergreen byrum moss, also known as silvery thread moss. This was found growing in the leaf bases of a sabal palmetto, known as a bootjack. It's unique silvery color when dry is because its ovate shaped leaflets in the tips of the plant do not produce chlorophyll. This isn't so bad as B. argenteum is a desiccation tolerant species, it's fine being totally dried out. Though this behavior is common among mosses, B. argenteum was one of the first mosses to be ruled such by experimentation.

B. argenteum thrives almost anywhere. It loves areas of high anthropogenic activity such as roadsides, paving stones, lawns, and does especially well in industrial and urban settings. B. argenteum has a cosmopolitan distribution, meaning it's found all over the world, including Australia and even Antarctica. Crazy right?