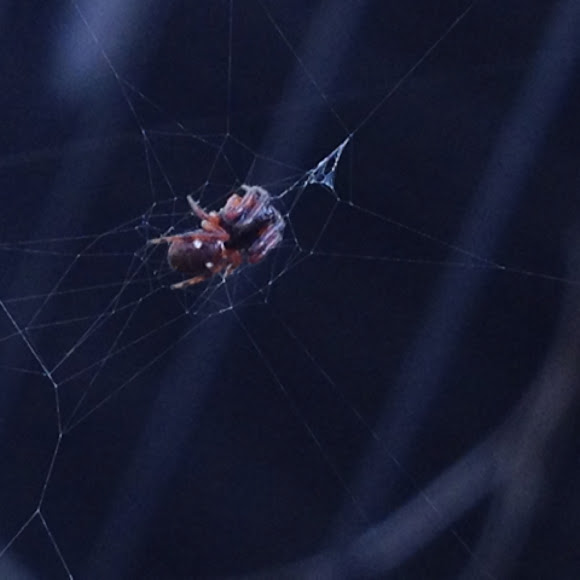 Small (body about half a centimeter long). Reddish-brown. Found in a web with another spider about twice its size, which I just identified as Cyclosa turbinata. This one was near the edge, and the other sat in the center, so I initially thought it might be a freeloader using the other's web. Might this be the male of the same species? The spots on its back look like those in this photo from the Louisiana Spider Survey (http://morphbank.nrm.se/?id=366751), on a male C. turbinata

Web in flower bed next to AC unit, in suburban yard.