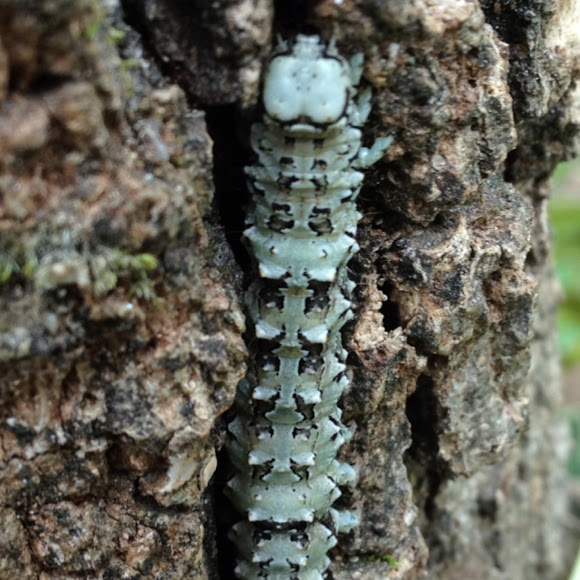 This caterpillar looks just like lichen! It doesn't move much. When I checked on it two hours later, it was exactly where I left it. Nestled in a rill in the bark, it was hidden in plain sight. When I touched its back, it quickly flipped its head backwards, as if to bite. Has red spots on underside. Very cool little critter.

Note on Bug Guide suggests this might be an unusual color morph: "Per Wagner (2005), most caterpillars are gray and essentially bark-colored, but very occasionally spectacular lichen mimics are encountered." (http://bugguide.net/node/view/24507)

Cool spotting and its good to have the ID. I wonder if it eats lichen. I wonder if it is nocturnal and never moves diurnally. Other insects have lichen forms such as this stick insect.
http://www.projectnoah.org/spottings/819...
http://www.flickr.com/photos/34449831@N0...