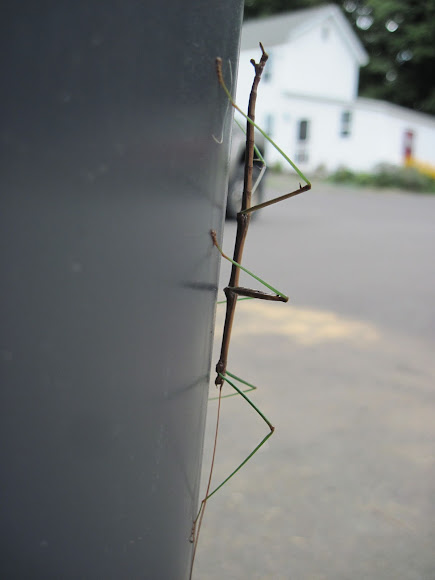 Northern Walkingsticks feed on the leaves of many deciduous trees, including: oaks, Sassafras, Black Cherry, and Black Locust. They also eat clovers.

Did you know they make good pets?

Thanks for the clarification, Keith!!

You can see those images here.

The males are much more slender and the females fatter and flattened. See this spotting here for an example of a female.

Thanks Ignacio Gamboa and KeithRoragen!!! @Keith: How can you differentiate the genders? I was reading that most are females because they can reproduce themselves.

Northern Walkingstick. This one is a male.