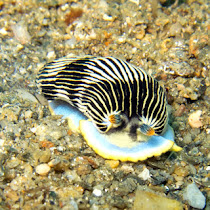 Collecting data of as many marine species as possible to help understand Romblon's rich marine biodiversity. Sign in to join mission

Romblon is a province in the center of the Philippines. Its coral reefs and underwater landscapes are very rich in marine life as Romblon is still part of the well known 'Verde Passage' which is known to be one of the places with the hightest marine biodiversity.