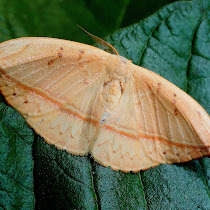 The range starts near the border of Gujarat and Maharashtra, south of the Tapti river, and runs approximately 1,600 km (990 mi) through the states of Maharashtra, Goa, Karnataka, Kerala and Tamil Nadu ending at Kanyakumari, at the southern tip of India. Sign in to join mission

The Western Ghats or Sahyadri is a mountain range that runs parallel to the western coast of the Indian peninsula, located entirely in India. It is a UNESCO World Heritage Site and is one of the eight "hottest hotspots" of biological diversity in the world. It is estimated that approximately 10,000 species of moths are to be found in India.