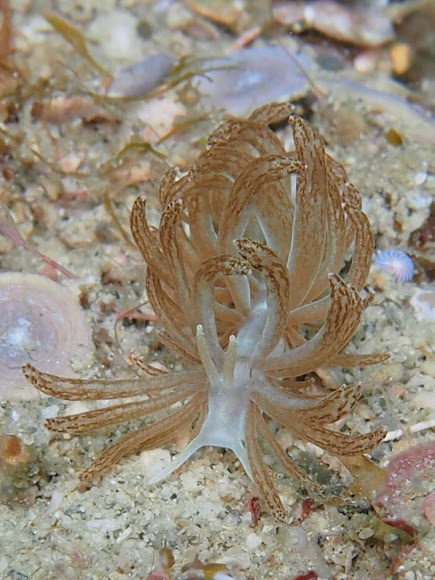 This species was originally described in the Red Sea and it has been reported from Tanzania, Japan and the Philippines. It also occurs on the Great Barrier Reef in eastern Australia. Phyllodesmium hyalinum feeds on the soft coral Xenia. It is very difficult to find because it burrows into the fleshy 'trunk' of the colony only emerging to feed. However this individual was spotted crawling around on a sandy area. It rapidly drops off many of their cerata when disturbed.