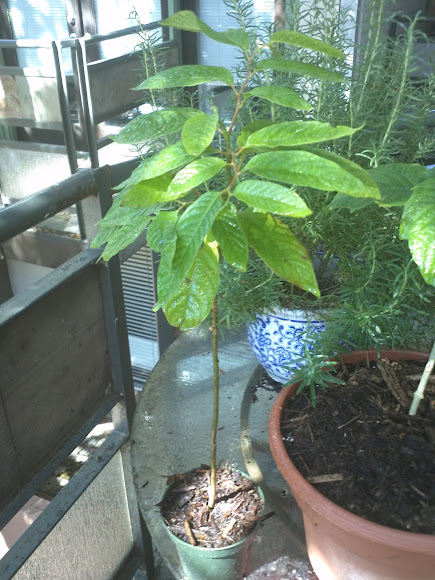 THE YLANG-YLANG: QUEEN OF THE PERFUME WORLD... The Bearer of an Ideal Fragrance Two persons and one plant participated in the creation of the world famous fragrance, "Chanel # 5." The inventors of this renowned perfume were Gabrielle "Coco" Chanel, and Ernest Bo (Beaux) who was born in 1881 in Moscow. Bo was the son of the owner of the perfumery company Rallet, which delivered perfumery to the imperial court. He later became Rallet's director. When Bo emigrated after the Bolshevik Revolution in 1917, the factory continued to exist, and in Soviet times was called "The Red Moscow." If it hadn't been for the Revolution, "Red Moscow" and "Chanel" most likely would have remained unknown. Chanel asked Bo to make "an ideal smell for a woman." In 1921, he presented two series of samples: from the 1st to the 5th, and from the 20th to the 24th. Chanel chose the 5th, which consisted of the aromas of a rose, a jasmine and Ylang-Ylang flowers. When questioned about giving it a name, she answered that the collection would be on sale on the 5th day of the 5th month, and consequently it was called "Chanel # 5." In the 1950's, a quip from Marilyn Monroe created instant worldwide popularity for Chanel # 5. When asked by journalists what she wore in bed, Marilyn smiled and answered "Chanel # 5." "Les Ferrets de la Reine" - Queen's Luxury Pendants Ylang-Ylang (Cananga odorata) is a large evergreen tropical tree of the Annonaceae family, which grows to 100 ft. in height. It has drooping branches and yellow, long-petaled flowers whose fragrance can be smelled from a distance of 30 ft. or more. It originated in Indonesia and is widely distributed in Southeast Asia, the Philippines, and the Polynesian islands. The Annonaceae family is comprised of about 130 tropical and subtropical plants, among which are many well-known exotic fruit trees such as the so-called "custard-apples." These include a Sugar Apple (Annona squamosa), Soursop (Annona muricata), Cherimoya (Annona cherimola), and Rollinia deliciosa. The family also includes many other fragrant plants, such as Desmos (Desmos chinensis) and Artabotrys (Artabotrys hexapetalus). Ylang-Ylang grows from seeds and begins to bloom in three to four years. The flower changes color from pale green to lemon yellow. Old flowers have a dark yellow color with brown spots and are about 2" long with narrow petals gracefully hanging down, reminding one of an elegant accessory for a luxurious designer evening dress. In addition to its wonderful fragrance, the plant blooms practically year round. Its branches are entirely covered with clusters of flowers and dark green oval fruits. Ripe fruits have a black color. Unlike some Annonaceae, Ylang-Ylang fruits are not used in foods; however they are quite edible and have the tart but pleasant aroma of a conifer or juniper. Even when not in bloom, the tree is very beautiful with branches that look like those of Christmas trees. Its leaves are large, dark green and are located on the branch in pairs, which creates the illusion of a "Christmas Tree". There is also a dwarfish version of the Ylang-Ylang tree, Fruticosa, which is a small tree or a bush that grows up to 6 ft. tall and starts blooming when the plant is only 1 to 1? feet tall. The spicy aroma of the Fruticosa flower is not as strong as that of the flowers of full-sized trees. However, this dwarf is very popular among gardeners because it is ideally suited for indoor or patio container culture. Fruticosa flowers have a more graceful form with the ends of the petals slightly twisted inside, resembling the scalloped edges of a mollusk shell. Mourning Over a Beloved One In Tagalog, one of the most widespread languages of the Philippines and the second most-spoken Asian language in the USA after Chinese, "Ylang Ylang" (to be exact, "alang-alang") means "a flower of all flowers." The Philippine legend tells about a married couple who had everything in their life except children. In a dream, the gods came to them and promised to grant them a daughter, provided that the girl shoul

working on it. it takes me a few days to catch up. I started a mission on perfume and frangrant plants.

I love the smell of Ylang-ylang blossoms! I added a wiki link for you and the common name. It would be great if you could add the scientific name to the spotting. Thanks.