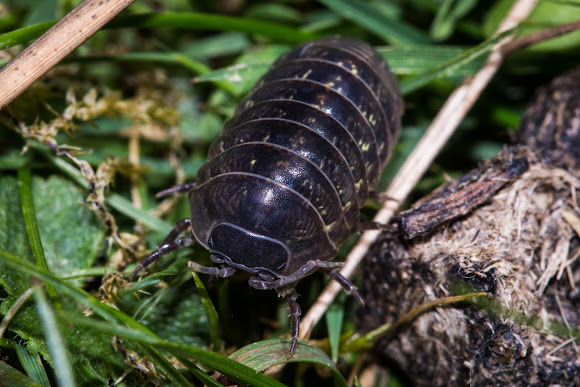 capable of rolling into a ball when disturbed; this ability, along with its general appearance, gives it the name pill-bug and also creates the potential for confusion with pill millipedes such as Glomeris marginata coloration (dark grey color with yellow patches)

This spotting was great too see an alive one ..i found a shell casing quiet a few months ago , that Mark helped me to ID. Australians also call them ‘butcher-boys’. Not sure if this should be Arthropods or Other ??