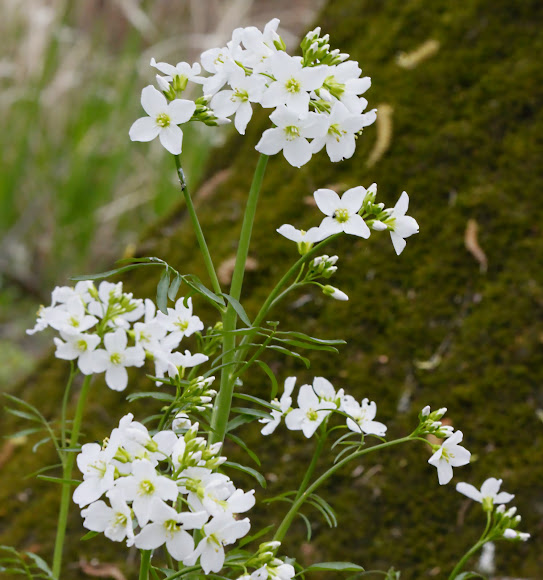 Cardamine pratensis is a herbaceous perennial plant growing to 40-60 cm tall, with pinnate leaves 5-12 cm long with 3-15 leaflets, each leaflet about 1 cm long. The flowers are produced on a spike 10-30 cm long, each flower 1-2 cm diameter with four pale pink (rarely white) petals. (Wikipedia) Flowers on the pics: About 50 cm in hight. The blooms had a szize of about 1,5 - 2 cm in diameter.

Native throughout most of Europe and Western Asia. It grows best close to water. It is grown as an ornamental plant in gardens, and has become naturalised in North America as a result of cultivation. In some European countries, including parts of Germany, the plant is now under threat.(Wikipedia) Flowers on the pics: Marshy area neabry a slow moving river. The area is flooded at high water of the river.

It is a food plant for the orange tip butterfly (Anthocharis cardamines) and makes a valuable addition to any garden which aims at attracting wildlife. It was once used as a substitute for watercress. (Wikipedia)