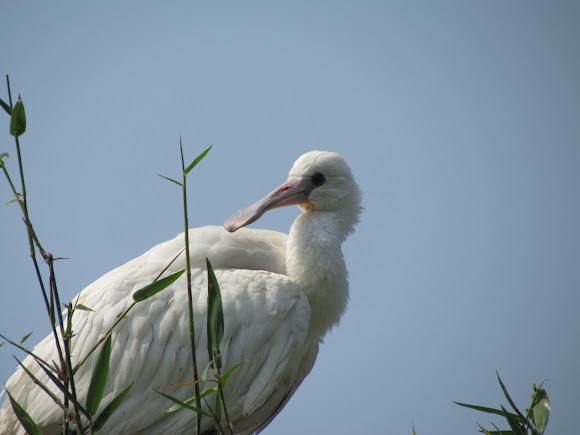 This species is almost unmistakable in most of its range. The breeding bird is all white except for its dark legs, black bill with a yellow tip, and a yellow breast patch like a pelican. It has a crest in the breeding season. Non-breeders lack the crest and breast patch, and immature birds have a pale bill and black tips to the primary flight feathers. Unlike herons, spoonbills fly with their necks outstretched.-Wikipedia