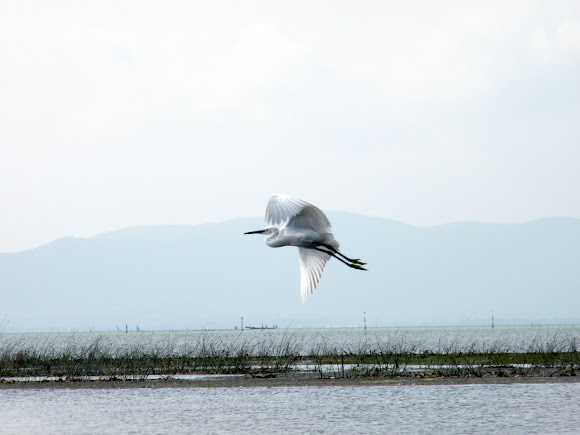 species of bird in the ibis family Threskiornithidae

It is found from the mid-Atlantic and Gulf Coast of the United States south through most of the New World tropics.This ibis is a medium-sized bird with an overall white plumage, bright red-orange down-curved bill and long legs, and black wing tips that are usually only visible in flight