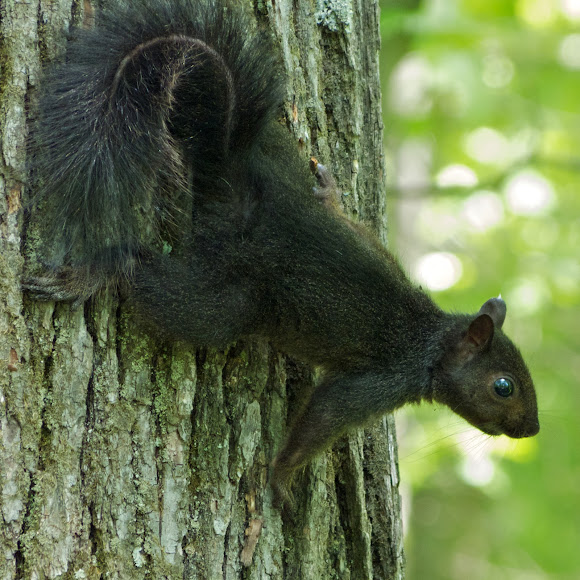 "The black squirrel is a melanistic subgroup of the Eastern Grey Squirrel. ... Eighteen Canadian Black squirrels were introduced to the Washington, D.C. area when they were released at the Smithsonian National Zoological Park near the beginning of the 20th century during President Theodore Roosevelt's administration. Since their introduction, the population of black squirrels in Washington, Northern Virginia, and the surrounding communities of Washington D.C. in Maryland have slowly but steadily increased, and black squirrels now account for up to 25% of some squirrel populations in the area." Source Credit: Wikipedia