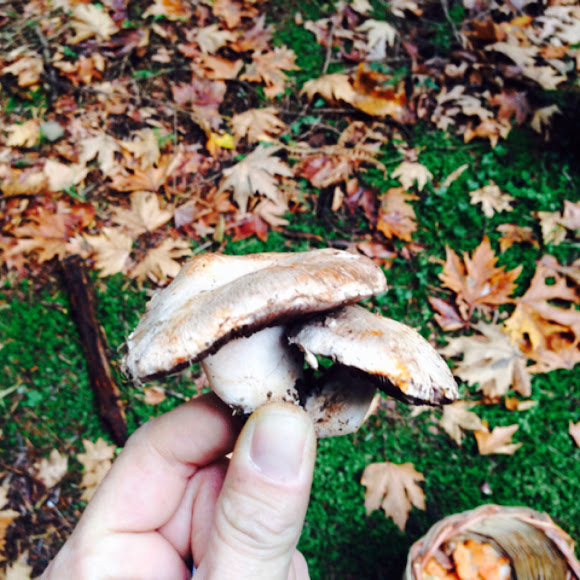 The cap is white, may have fine scales, and is 5 to 10 centimetres (2.0 to 3.9 in) in diameter; it is first hemispherical in shape before flattening out with maturity. The gills are initially pink, then red-brown and finally a dark brown, as is the spore print. The 3 to 10 centimetres (1.2 to 3.9 in) tall stipe is predominantly white and bears a single thin ring.[1] The taste is mild. The white flesh bruises slightly reddish, as opposed to yellow in the inedible (and somewhat toxic) Agaricus xanthodermus and similar species. The spores are 7–8 micrometres (0.00028–0.00031 in) by 4–5 micrometres (0.00016–0.00020 in), and ovate. Cheilocystidia are absent.

Agaricus campestris is common in fields and grassy areas after rain from late summer onwards worldwide. It is often found on lawns in suburban areas. Appearing in small groups, in fairy rings,[2] or solitary. Owing to the demise of horse-drawn vehicles, and the subsequent decrease in the number of horses on pasture, the old 'white outs' of years gone by are becoming rare events.[3] This species is rarely found in woodland.