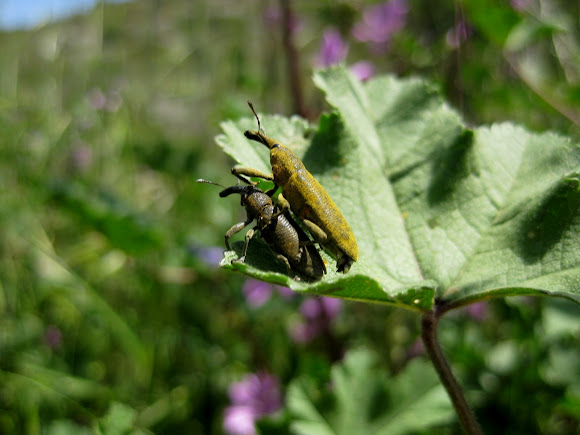 Here we have two weevil couples on a Malva sylvestris plant (the favorite one of this species) As far as I know Lixus angustatus are mainy yellow, though the females tend to have a brown head. However, in the first picture there's a female which is totally brown. SO, I'm not sure about the ID of the first female since the other females (other pictures) look very different (though the morphology is similar)

They tend to live on malvas. That's where they eat and reproduce.