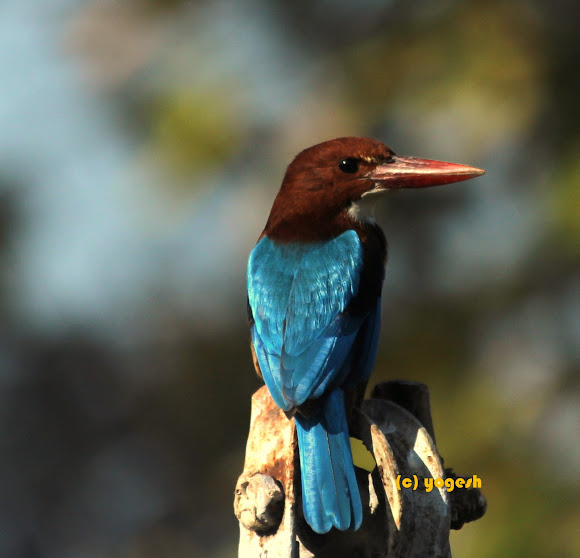 This is a large kingfisher, 28 cm in length. The adult has a bright blue back, wings and tail. Its head, shoulders, flanks and lower belly are chestnut, and the throat and breast are white. The large bill and legs are bright red. The flight of the White-throated Kingfisher is rapid and direct, the short rounded wings whirring. In flight, large white patches are visible on the blue and black wings. Sexes are similar, but juveniles are a duller version of the adult. This species forms a superspecies with Halcyon cyanoventris and most major works recognize four geographic races. They vary clinally in size, the shades of blue on the mantle which is more greenish in smyrnensis and fusca and more blue or purplish in saturatior.

White-throated Kingfisher is a common species of a variety of habitats, mostly open country in the plains but has been seen at 7500 ft in the Himalayas with trees, wires or other perches. The range of the species is expanding.