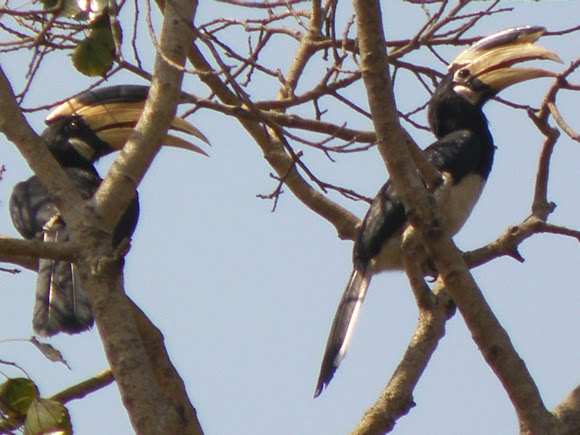 The Malabar Pied Hornbill (Anthracoceros coronatus) also known as lesser Pied Hornbill, is a hornbill.[1] Hornbills are a family of tropical near-passerine birds found in the Old World. The Malabar Pied Hornbill is a large hornbill, at 65 cm in length. It has mainly black plumage apart from its white belly, throat patch, tail sides and trailing edge to the wings. The bill is yellow with a large, mainly black casque. Females have white orbital skin which is not there in case of Males. Juveniles don't have the casque.

The Malabar Pied Hornbill is a common resident breeder in tropical southern Asia from India and Sri Lanka east to Borneo. Its habitat is evergreen and moist deciduous forests, often near human settlements.