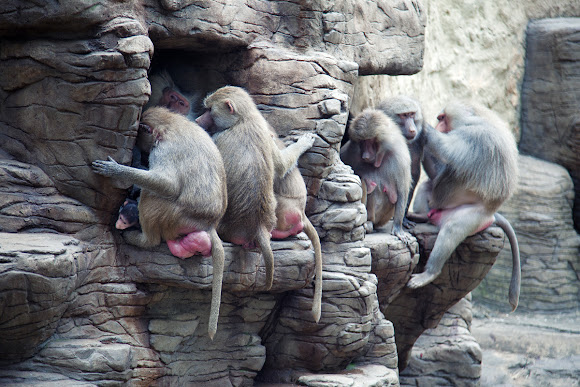 The Hamadryas baboon is a species of baboon from the Old World monkey family.

They unusual among baboon and macaque species in that its society is strictly patriarchal.

The baboon has an unusual 4-level social system called a multi-level society. Most social interaction occurs within small groups called one-male units or harems containing one male and up to ten females which the males lead and guard. A harem will typically include a younger "follower" male who may be related to the leader. The Hamadryas baboon was a sacred animal to the ancient Egyptians and appears in various roles in ancient Egyptian religion, hence its alternative name of "sacred baboon".

I love this happy family.