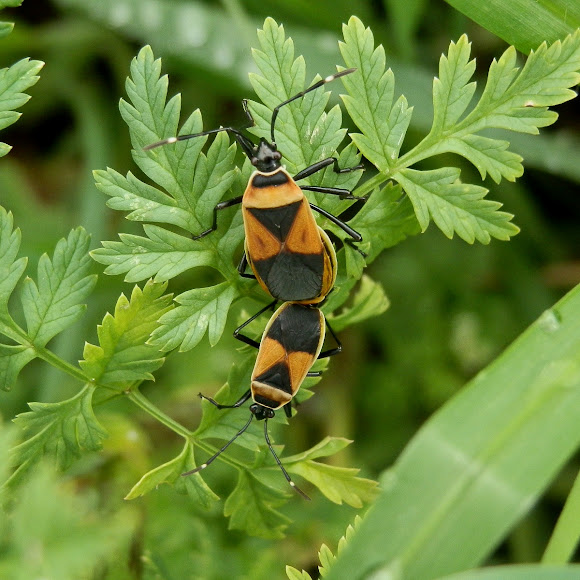 Attractive bugs with black and ochre colouring (Pic 1) seen with nymphs at all stages of development. Pic 2 if of an early instar where the head and thorax are still black. Pic 3 shows a later instar where the thorax is red and back wing buds are clearly visible. At this stage the bug also has a long black proboscis (pic 4). Pigs 5 & 6 show numerous nymphs clustered together and some scampering over the plant.

Spotted in plague proportions on various species of plants but these adults and nymphs were all seen on the one plant -wild carrot ( Daucus carota).
These bugs are native to south-eastern Australia and Tasmania.
Occurrence record: http://bie.ala.org.au/species/Dindymus+v...

These bugs are considered pest as they are destructive to various species of plants and to commercial corps Family: Pyrrhocoridae

Thanks for the info Leuba, i've often seen these in the garden and assumed they were introduced.