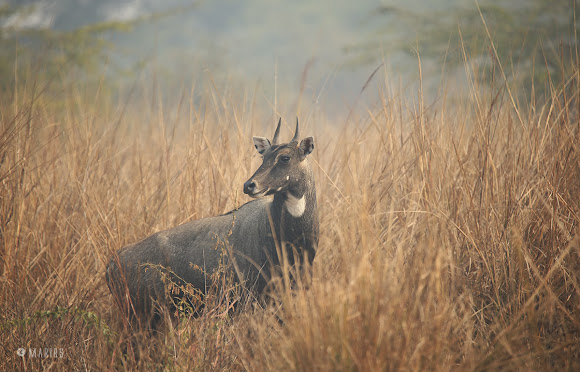 The nilgai, sometimes called nilgau, is the largest Asian antelope. It is one of the most commonly seen wild animals of central and northern India, often seen in farmland or scrub forest. The mature male appears ox-like and is also known as the blue bull. A blue bull is called a nil gai or nilgai in India, from nil meaning blue and gai meaning a bovine animal (literally 'cow'). It is also present in parts of southern Nepal and eastern Pakistan. The species has become extinct in Bangladesh. It was known as the nilghor (nil = blue, ghor = horse) during the rule of Aurangzeb in the Mughal era. It is the only member of genus Boselaphus