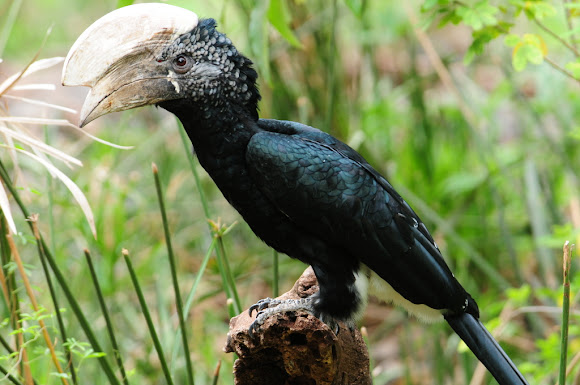 The Silvery-cheeked Hornbill (Bycanistes brevis) is a large bird at 75 to 80 centimetres (30 to 31 in) in length with a very large creamy casque on the beak. The female has a smaller casque and reddish skin around the eyes. The head is silver-grey and the rest of the plumage is iridescent black, except for the white rump, lower back, thighs, vent and tip of the outer tail-feathers.

In Manyara N.P., Tanzania. Somehow it looks to me like it was born in the wrong era...

A kind of ugly but stunning bird!

Ah yes, like evolution has been slow with this one.

Wow stoning this is a bird i have never seen wonderful Cyrill:)