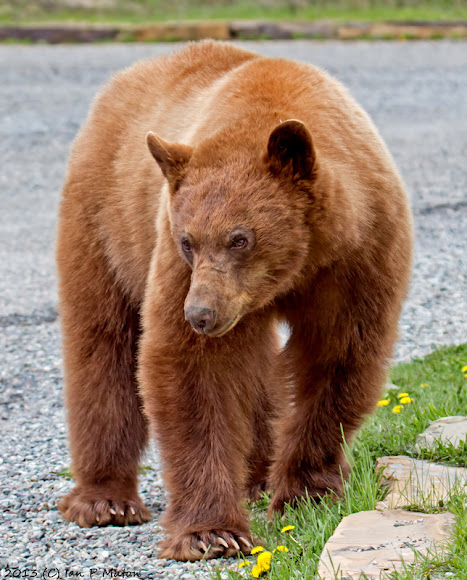 This cinnamon coloured black bear is a color phase of the American black bear which is a medium-sized bear native to North America. It is the continent's smallest and most widely distributed bear species.

Judging by the scars on the bear's nose it had been in one or two fights with other bears. At the time of the photograph this bear was happily chewing on dandelions that were growing along the verge of the car park.

Thanks all. I had been trying to find bears for almost a week before I got this photograph. Perseverance paid off in the end...

Yes, this powerful animal feeding off dandelions was quite an incongruous sight!

I love that this giant creature was enjoying a little vegetarian snack!